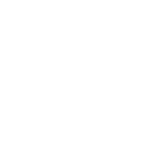 This was another fun project to work on. The purpose of this video was to use all of the skills that we have currently learned and create a motion graphic based on a fact and incorporate one Cinema 4D sequence.

As I had been trying out plane related tutorials in Cinema 4D recently, I decided to stick with the plane theme and went with a fact about The Wright Brothers.

The fact I used was this:

“In 1903, the Wright brothers invented and flew the first airplane. Their aircraft, the Wright Flyer, flew about 120 feet. It is considered the worlds first “sustained and controlled heavier-than-air powered flight”. Today, the newest Boeing 787 can fly 10,000 miles on a single tank of gas.”