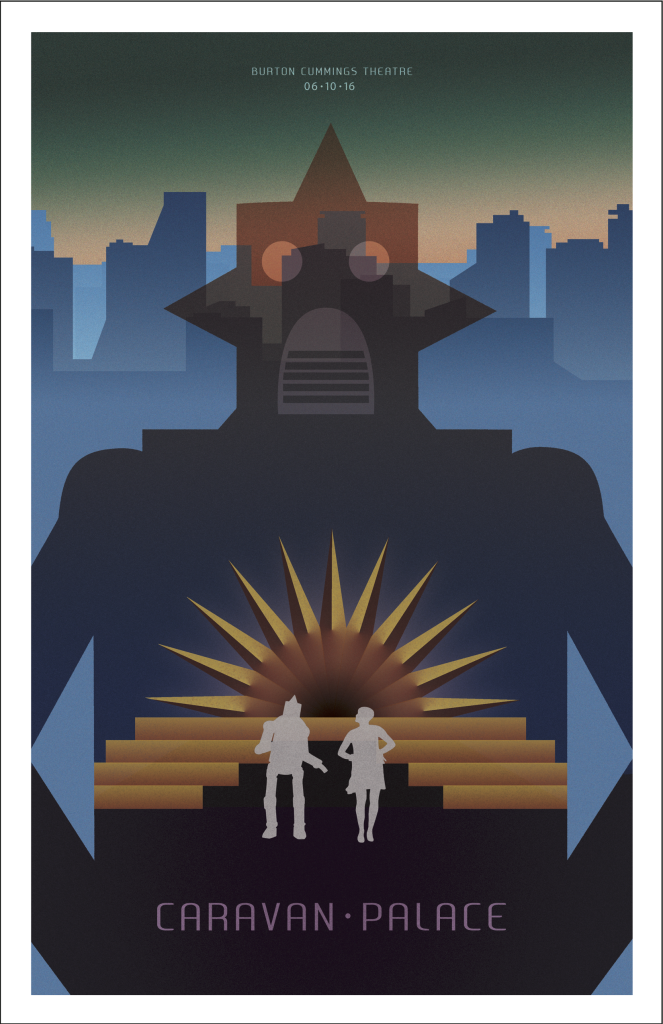 The purpose of this assignment was to create a poster of either a favourite band, video game or movie in a simplistic “gigposter” style. In my case I chose a band I am very fond of called Caravan Palace.

Their style is heavily influenced by the 20’s swing genre with some modern electronic influence to create an electro-swing style.

I wanted to create a retro influenced poster to represent the band since they are heavily influenced by the past. Since they don’t have much in the way of actual band posters out there, I drew a lot of my inspiration from their music videos. Heavily saturated colours with that classic broadway stage feel. Throughout several of their CD’s, they have had a dancing robot in their story lines. I thought it fitting to also include it as part of the poster.